Moral Imagination: New Family of Books
Moral imagination is the application of a deeply held faith tradition to a rapidly changing society. This saga intertwines cultural and family histories as it follows the Austin family through the Great Depression, both world wars, and beyond.

Dreams and Depression - Continuing the 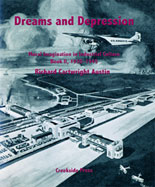 family saga begun in East of Cleveland, this book explores the psychological impact of the Great Depression, then goes on to relate personal triumphs during the Second World War.

shape their community and our modern lives through imagination and faith.

Give God a Flower - This limited edition book is a work of art, combining poetry and watercolors as a tribute to Cranston Stroup. 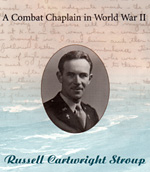 Letters from the Pacific - This firsthand account of Russell Cartwright Stroup's work as a military chaplain during World War II will help current chaplains plot a steady course for their military ministries.

The Measure of All Things  - An evangelical faith in the living God and an enthusiasm for the human potential characterized the ministry of Russell Cartwright Stroup at the Georgetown Presbyterian Church during the 1950s and 1960s. 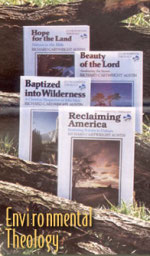 Baptized into Wilderness introduces the beauty of nature and its vulnerability through the eyes and the actions of John Muir, founder of America's environmental movement.

Hope for the Land unfolds the Biblical promise to liberate nature from human abuse so all species in the community of life may serve one another.

Beauty of the Lord builds a Christian theology to unite God, nature, and humanity in the experience of beauty. Austin draws upon the American philosopher Jonathan Edwards. 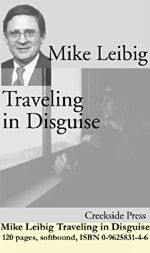 Peck of Pretty Peppers Cookbook - Anne Leibig & Dick Austin's guide to preserving and preparing more than thirty varieties of peppers from the sweetest peppers to the hottest chiles.